Mega Man 9 came out two weeks ago, and it fast became my favorite game of the year thus far.

For those that haven't heard about it, it's essentially a brand new game made to run on old NES hardware. It reminds us what gaming is all about -- not fancy polygons or voice acting, but true honest-to-goodness gameplay and razor-sharp controls.

It is also hard as hell.

Today I beat the whole game without dying ( the third time I've played through it ). The start-to-finish time was 45:06. 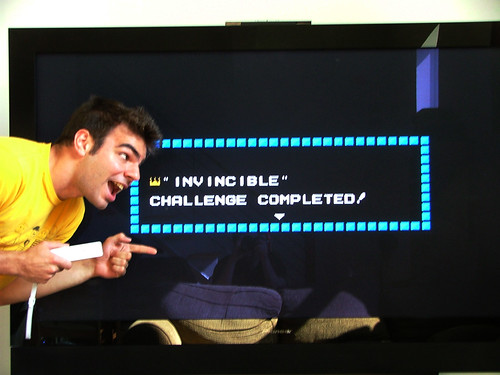